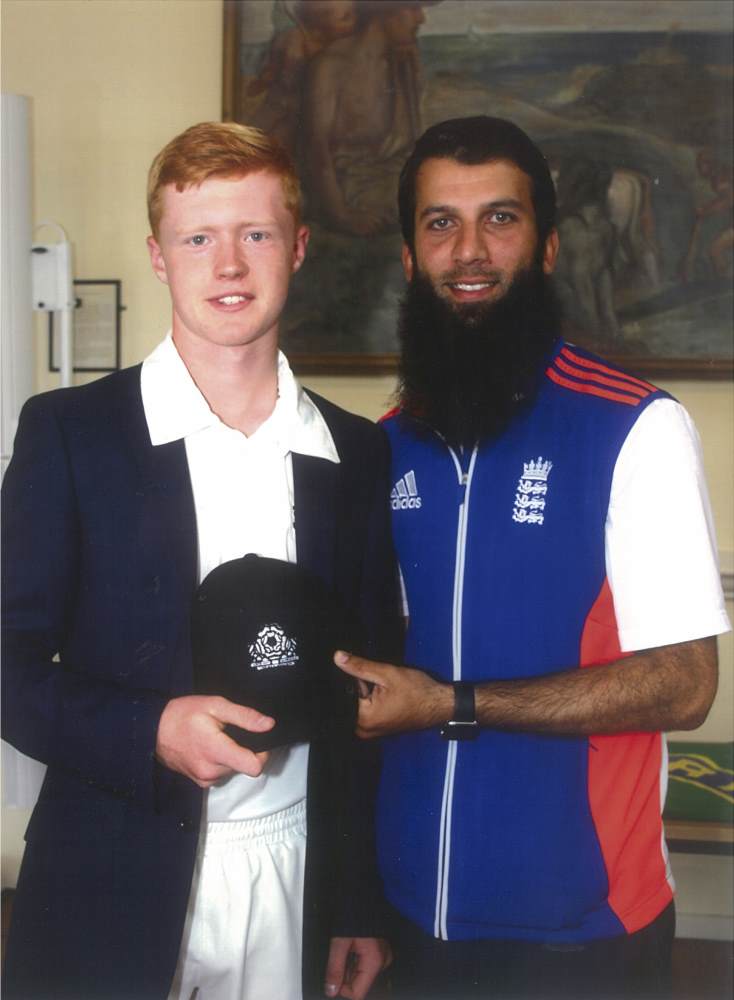 Former Beech Hall Alumna, Edward Fluck, was invited onto the Lancashire Cricket Academy in November 2015 and is now receiving an England Cricket Board Apprentice Scholarship.  Edward is currently studying for his A levels (Maths, Economics & Spanish) at Cheadle Hulme School, where he is also a peer mentor for Year 7 pupils.

Edward found his love and talent for cricket at an early age and accelerated that ability whilst at Beech Hall in the Infants and Juniors.  After playing for both the School and Alderley Edge Cricket Club, Edward was selected as an Under 8 to play for the U10 Cheshire County Squad at the Malvern Cricket Festival.  Over the years, Edward has progressed through Junior cricket for Cheshire, captaining all age groups from the age of 11.  His most memorable innings playing as an U15 against Shropshire scoring 157 runs and 135 runs against Yorkshire the same year.

Edward left Beech Hall in Year 6, and went onto Cheadle Hulme School, where he was awarded a Sports Scholarship.

As an Under 15 player, Edward found himself in the selection process for the North of England side, which he was duly selected for and made Captain of, enabling him to return to Malvern College to go to the elite Bunbury Festival in July 2015 where he was presented his North cap by England cricketer, Moeen Ali.  At the Bunbury Festival, his side, North of England were runners up in the 50 over competition and winners of the T20.

Following the Festival, Edward was then selected to go to Loughborough for a 3 day game representing a combined North / Midlands XI vs South and East and again was asked to Captain the side. This match commenced his England Long List Candidature and was quickly followed being awarded a place on the Lancashire Academy.

Edward has now completed his second full winter of intensive coaching as part of the Lancashire Academy Programme where he has recently returned from Mumbai, India where he participated in 10 full days of hot-climate training in sub-continent conditions. He is also set to return to India in April with Cheadle Hulme School on cricket tour.