March 2017 saw our return to Zimbabwe after a gap of 12 months. We decided to go back to the Rhino and Wildlife Conservation Project in Imire to repeat our volunteering experience. But this time we went with the fantastic support of all those in the UK who had donated clothes, shoes, school equipment and money so generously.

It was great to renew so many old friendships with the owners and staff at Imire, the animal handers, and the staff and children at the local schools. And of course, not to mention, the amazing range of wild animals who benefit from the protection provided by the project. This year, we had the privilege of meeting the new baby – Tafara, a three-month old black rhino who is the ‘Star of the Show’.

Imire is doing amazing work interweaving a commitment to animal conservation with support for the local communities through both employment and welfare projects.

Zimbabwe is an exciting but challenging country; rich in resources with a wonderfully friendly and positive people but beset with political and economic problems. There is widespread poverty. Many children do not have appropriate shoes and clothing to go to school and the schools themselves find it hard to afford the educational resources they need. This year, those generous financial donations meant we were able to pay the fees of a number of children who would not otherwise have been able to attend.

The staff at the local Numwa School were keen to show us some of the things they had bought with the donations we made last year. These included new desks and water containers for the children to use to wash themselves at school. 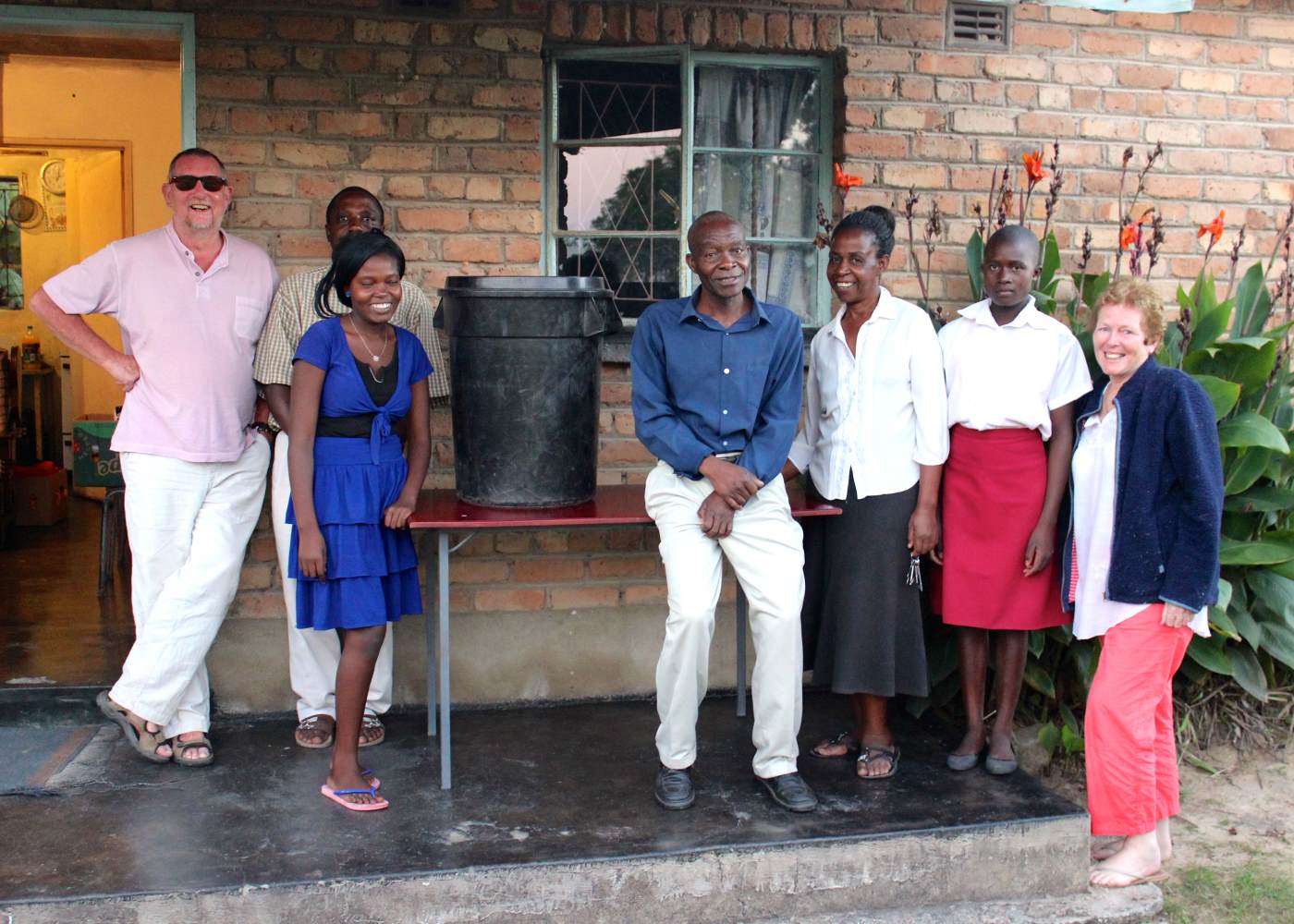 I think we can say the donated clothing was received with enthusiasm!! 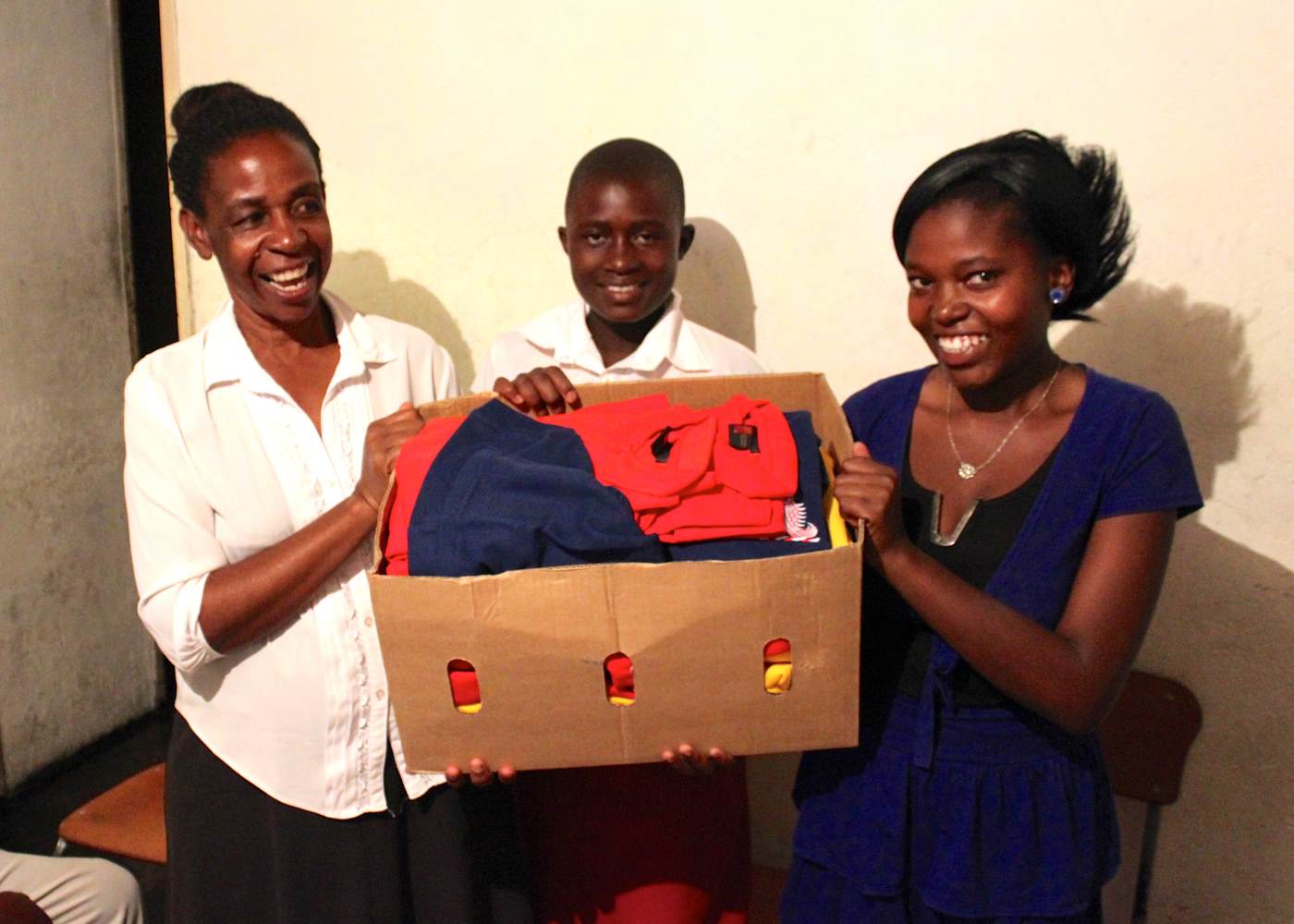 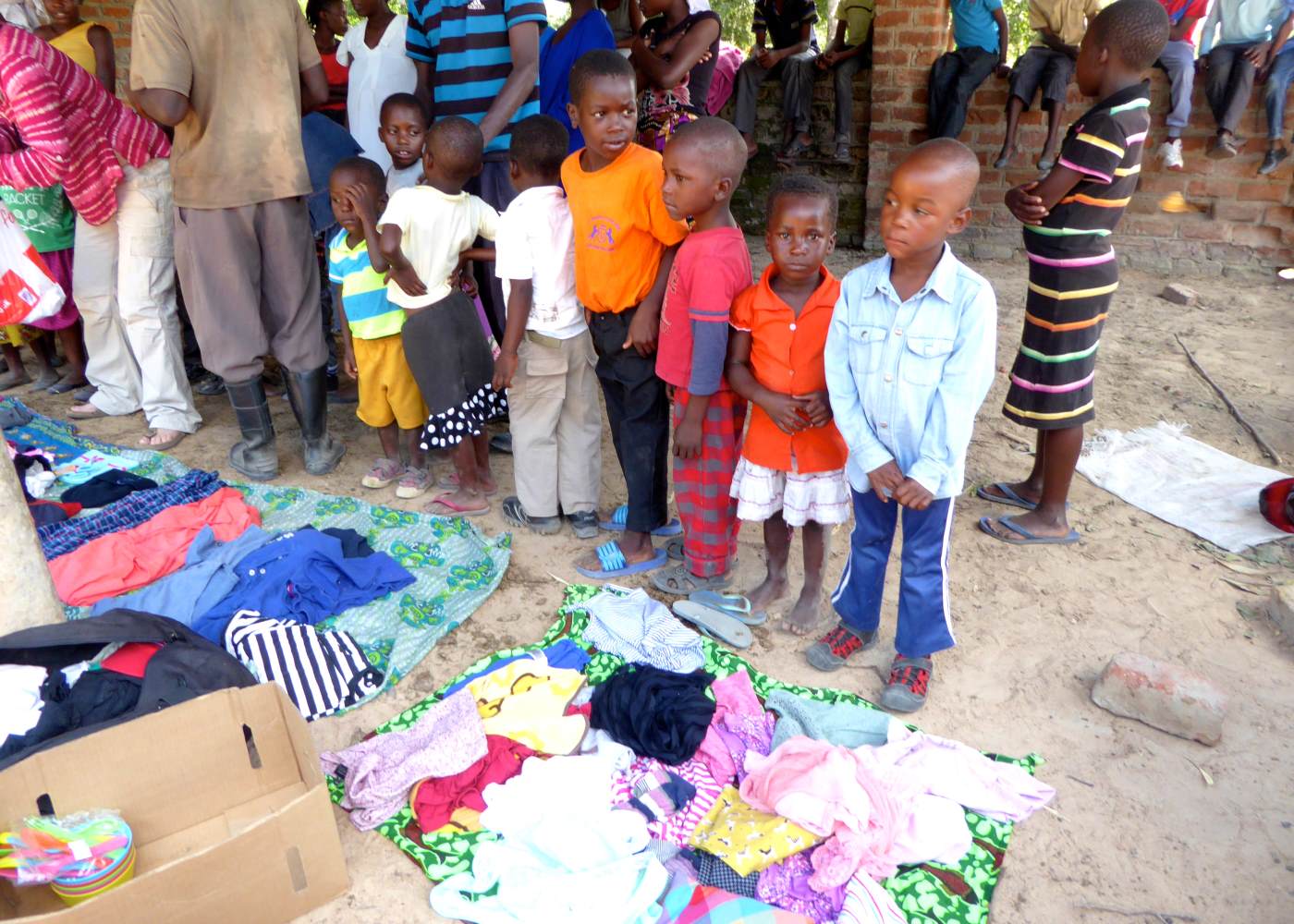 Distributing clothes at a local village 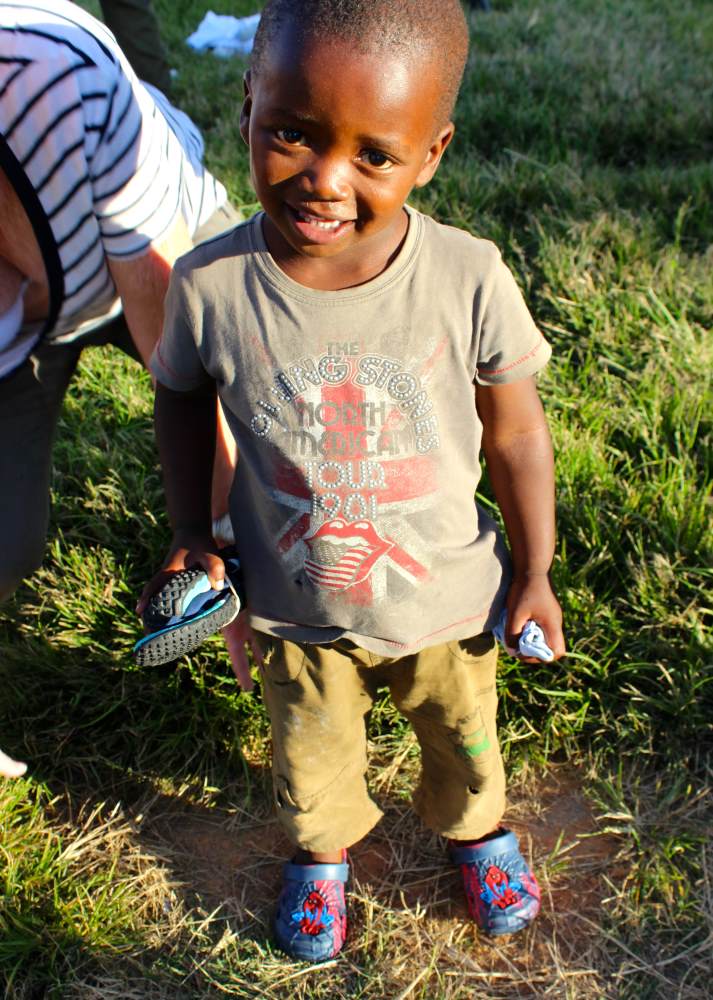 Someone loved his Spiderman clogs!!

So, again, our enormous thanks to everyone who donated to support the people of Zimbabwe – the money and clothing goes directly to the local communities and provides invaluable help.

Imire is a remarkable conservation and education project based in the highlands of Zimbabwe.  It combines a commitment to supporting wildlife, and in particular the threatened black rhino, with a programme to encourage children in the local rural schools to develop their understanding of the importance of the environment.

Imire was founded in 1952 by Norman and Gilly Travers. Originally cattle ranchers and farmers, the Travers also had a great passion for wildlife and conservation, which led to the establishment of Imire as a wildlife sanctuary.

In 1987, 250 black rhino were removed from the Zambezi Valley due to a distressing rise in illegal rhino poaching. They were relocated to private conservancies for safety. Imire was granted custodianship of seven orphaned calves and became an intensive black rhino breeding station. To date, Imire has successfully released 11 rhino into the wild. The Black Rhino Breeding Programme is world-renowned, helping to protect Zimbabwe’s heritage with the successful re-introduction of this incredible endangered animal back into the wild.

Sadly, Norman and Gilly, his conservation partner and wife of over 50 years, both passed away in 2010. Unsurprisingly, their passion for wildlife and hospitality rubbed off on their children, and the park is still run by the Travers family, who work with Norman’s integrity and enthusiasm to this day.

Zimbabwe remains a difficult country. Political and economic instability create challenges for the population. Unemployment rates are high and many parents struggle to find the resources to send their children to school. The Imire project provides crucial job security for the local population and helps to fund two local schools.