It is always fascinating when we find out snippets of days gone by at Beech Hall.  Here is one of those such things which we came across on Facebook regarding a former pupil, Julian Cheetham, who attended the School in the 1970s when it was still a Prep School for boys.

Many of you may have seen his name on the School Honours Board in the front hall, where it states that he gained an U14 Cheshire Cap in 1979.

Julian still lives in the area and runs a successful boarding kennels in Macclesfield, The Canine Club, which some of you with dogs may be familiar with.

Julian is one of a number of keen cricketers the School has produced over the years, other more recent cricketers of note include:

Edward Fluck, who is currently in his second year at the Lancashire Cricket Academy. Ed is a right handed top order batsman.  He was named the Player of the Series at the Super-4 competition in Loughborough this year after hitting two centuries in three 50 over matches for the North of England.

Otis Palmes, who left Beech Hall in the Summer following his GCSEs and secured a place at Myerscough College based at Lancashire County Cricket to study a BTEC in Cricket Studies.

Theo Johnson (son of Mr Johnson), who currently plays for the U12 Cheshire County Squad. 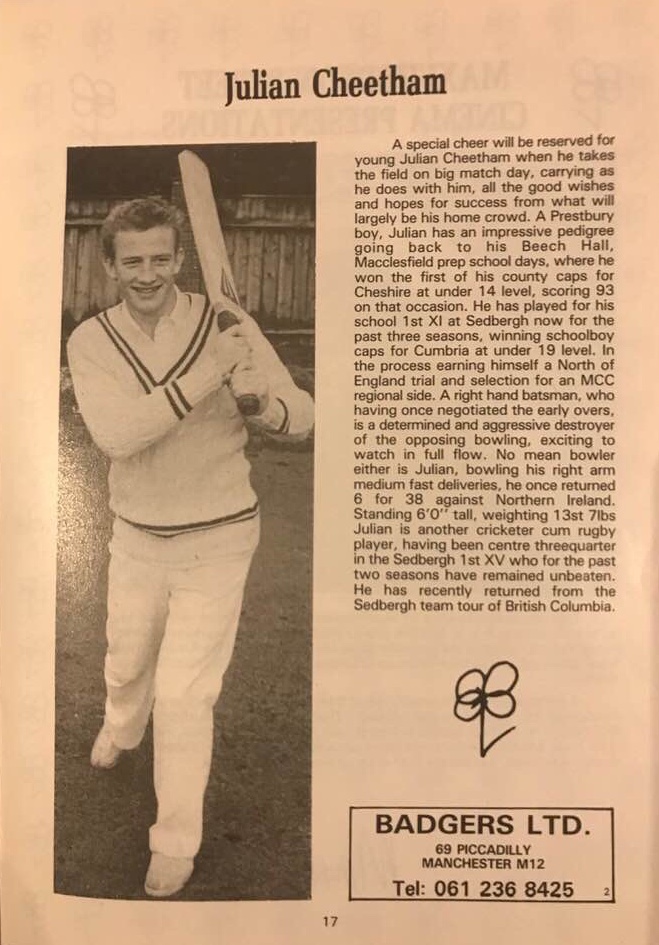